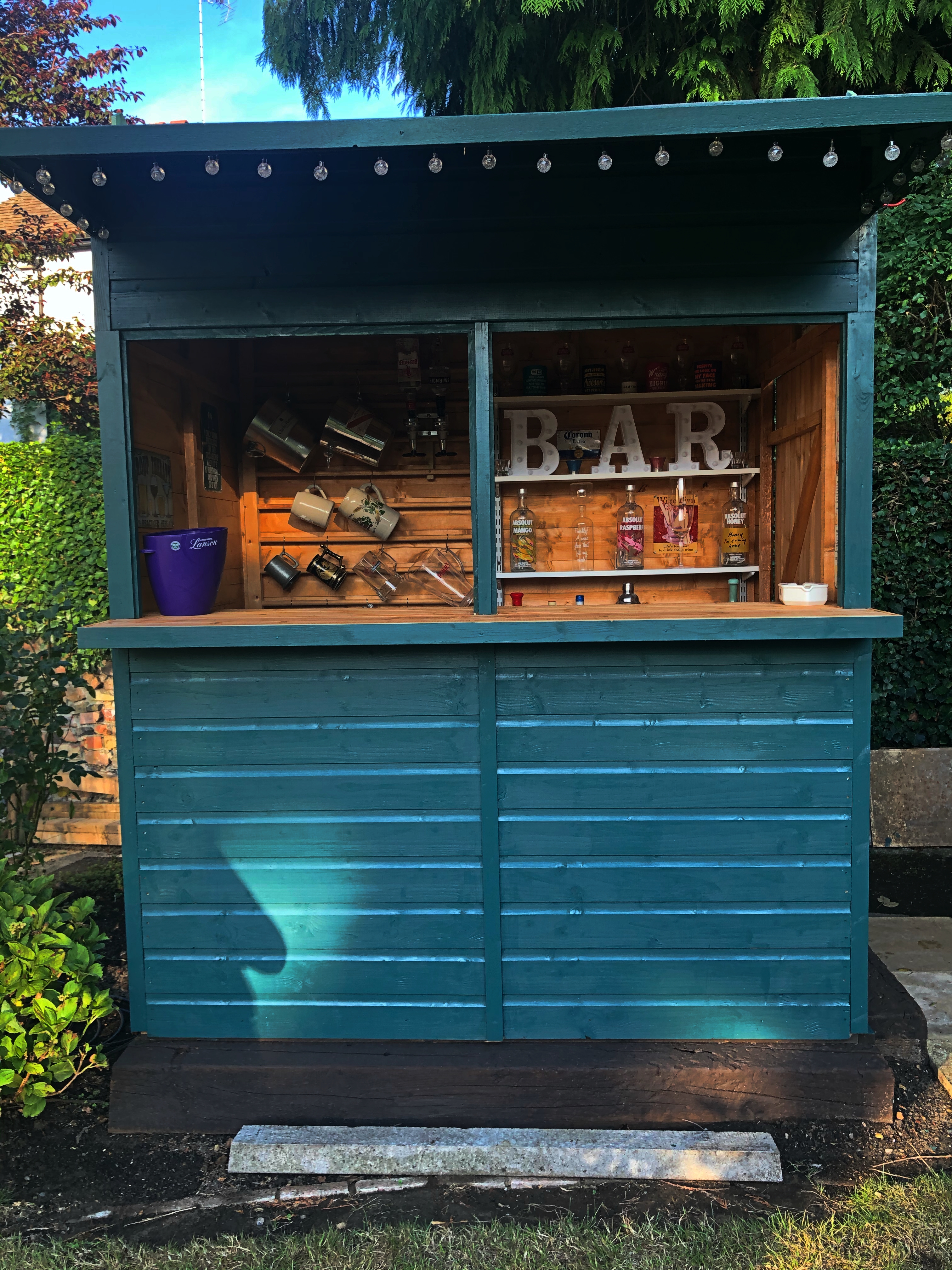 Waking up on the first of January with a sore head and a list of resolutions for the year ahead, I don’t think many of us could have foreseen what 2020 had in store. It would have been difficult for anyone to have imagined the widespread job losses and business closures, nor the fact that the word “unprecedented” would be used more in the space of a few months than it had been in most people’s lifetimes. Needless to say, it’s been a year where finding silver linings has been a bit tougher than usual.

However, when lockdown measures were first introduced back in March, forcing pubs and bars to close their doors, Britons across the country took matters into their own hands. No longer able to nip to the local for a freshly poured pint or a well-mixed cocktail, many of those lucky enough to have a garden decided to bring the pub to them. Sales of building supplies went through the roof as people tried to make the best of the stay-at-home rules. While some were just doing the odd bit of redecorating, others were transforming garages, outbuildings and sheds into backyard boozers.

Some of the images shared online have been pretty impressive, showing garden bars complete with full optics, beer taps, TVs and pool tables. Picking a name is an important process in any new bar opening, and the new DIY landlords did not disappoint – from The Staying Inn to the COVID Cocktail Club, the names nod to that very British trait of trying to make light of even the sorriest of situations.

There has been much debate in the on-trade and amongst industry watchers as to whether lockdown will have made people more likely to socialise at home. The jury is still split – some think consumers will be eager to make up for lost time, while others believe the comfort and safety of home will prove more of a draw. Of course, we’ll have to see how restrictions develop over the next couple of months, but the rise in DIY pubs might just sway the balance.

London has now been put into Tier 2, meaning household mixing is restricted to outdoor spaces only. For those still wanting to socialise with friends and family, that means seeking out venues with outdoor seating. However, pub gardens have finite space – especially with social distancing rules in place – and not all are equipped to provide a warm and enjoyable experience as we head further into winter.

With all of these things making socialising with people outside of your household increasingly difficult, I’m one of a lucky group who is feeling unperturbed by the possibility of having to miss out on the pub. On a warm day back in April, my parents, upon realising that their 25- and 27-year-old daughters had moved out and were probably past the point of using it, finally decided to get rid of the old wendy house in the corner of their garden. It didn’t take them long to decide what to replace it with.

Regardless of how consumer behaviour changes in the future, many drinks companies have already taken note and responded to the upward trend for in-home consumption and off-trade purchasing. At least for the next few months that trend looks set to continue, as the sad reality is that, for many of us, the pandemic is not yet over. Drinks companies need to be prepared to continue to respond as, whatever the weather, people are going to be restocking their home bars for a little while longer.

This article was written by Sophie Harris, Project Manager.